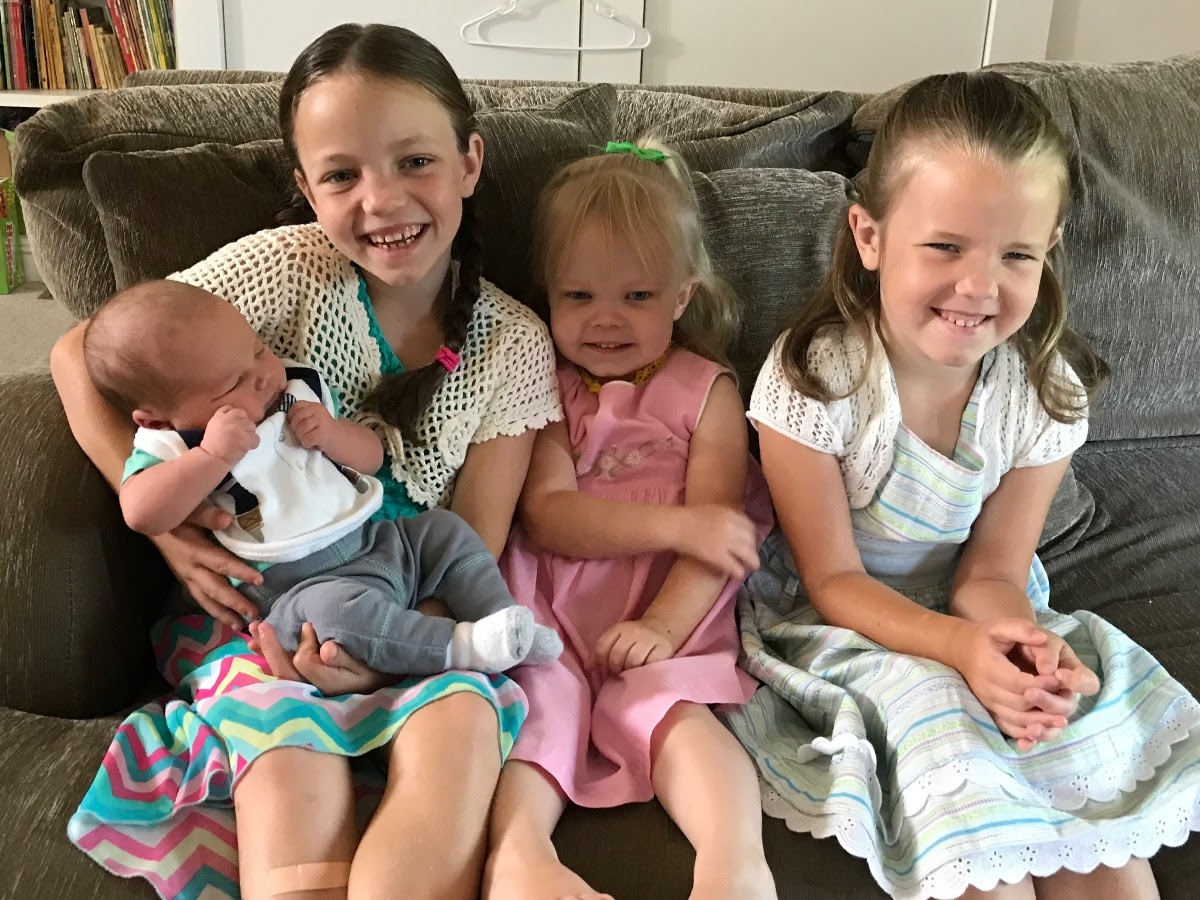 We are the Browns. God has called us to take the Gospel of Jesus Christ to the needy people on the island of Madagascar.

Dan was raised in a Christian home where he had the privilege of learning the truth of the Bible at a young age. When he was fifteen years old, he understood for the first time the simplicity of the Gospel and put his faith and trust in Jesus Christ alone for salvation. During his sophomore year in college, God began burdening his heart for missions. After struggling for two weeks with the idea, he surrendered to the Lord with a burden to serve in Africa.

Rachael grew up in a Christian home where she heard the Gospel many times. She made a profession of faith when she was five, but did not fully understand the Gospel. It was not until she was thirteen that she realized she was a sinner and accepted Christ as her Savior. At the age of sixteen, she surrendered her life to missions.

In 2013, God began burdening our hearts for Madagascar, an island with a population of nearly 23 million people and few Baptist missionaries. In May of 2014, we took a survey trip where we saw the many needs of the people. Our heart’s desire is to return to Madagascar and to establish local New Testament churches.

We want to begin this update by thanking you for your faithful prayers!  Since being home on furlough and visiting many churches, we have been overwhelmed by the love, support and prayers of God’s people for the work in Madagascar.  We are humbled by your commitment and thank the Lord for your part in our ministry.

The month of July was busy!  After we welcomed our son into the world, Dan left for a quick weekend trip to Michigan.  We were once again overwhelmed by the kindness of God’s people and their thoughtfulness.  They gave many gifts for Levi and our family.

This trip was followed by a wonderful week in Philadelphia.  Dan, Moriah and Hannah had the privilege of attending and taking part in a Vacation Bible School.  This was a blessing in so many ways.  First, it was the first Vacation Bible School our girls have attended in years.  Second, Dan was able to speak to the kids, teach them more about Madagascar and encourage them from the Word of God.  But perhaps the greatest blessing was the one young boy who accepted Christ as his Savior.  Whether American or Malagasy (or anyone), all souls are eternal and we rejoice when people make this most important decision.

The VBS in Philadelphia was followed by another VBS at our sending church.  Our schedule allowed us to be in town for most of the week.  We enjoyed this so much as we were able to spend time with friends and family and participate in an exciting week.  We thank the Lord for our sending church and for their very active part in our ministry.

Another highlight of the summer was participating in a missions camp.  Yes, you read that correctly…a missions camp.  A church in Maryland has taken the initiative of teaching their young people not only about missions but also about the need for more missionaries.  This week is dedicated to doing exactly that.  They chose Madagascar as the highlighted country (hence why they asked us to participate).  Dan spent a day with the kids talking about his call to missions, getting to Madagascar and the work God is doing there.  This was such a blessing and we pray that God would call some of these young people to serve Him in full-time missions.

We have been busy with travels.  In these two months we have visited churches in MI, VA, PA, NJ, CT, NY.  Again, we are blessed by how good God has been to us by means of those who prayerfully and financially support us.

Moving forward, we ask you to be in prayer for our travels in the next two months.  We will be spending some weeks in the south and visiting churches in SC, NC, FL and VA.  We ask you to pray for safe travels and for God’s blessings as we have the opportunity to speak about Madagascar and missions.

Also, teen camp in Madagascar is just around the corner.  Pray for the final preparations that are going into this week.  We praise the Lord that now 51 campers are signed up to come.  Several adults will be attending as counselors and leaders as well.  Please pray that God will bless the week, souls will be saved and teenagers will be strengthened in their walk with the Lord.

As always, we thank you for your part in our ministry.  We could not do what God has called us to do without you.  May the Lord find us faithful.