"And he said unto them, Go ye into all the world, and preach the gospel to every creature."  Mark 16:15

The Gideons International focus on distributing complete Bibles and New Testaments. Scriptures are printed in more than 80 languages and are either given directly to certain individuals or placed in selected public locations where large numbers of people will have the ability to encounter the word of God.

Who are the Gideons?

In the fall of 1898, two traveling men met, strangers to each other in a Wisconsin, U.S.A., hotel. Discovering each other to be a Christian, they held their evening devotions together. The Lord impressed upon them the idea of forming an association of Christian traveling men and in July 1899 these two met with a third man for that purpose. After prayer together, the name of the Gideons was selected for the group. This name was taken from the story of Gideon in the Bible book of Judges, the leader of a small band of men dedicated to the service of God, through whom God accomplished much for His people.

We are thrilled to have three of our church members serving as Gideons: 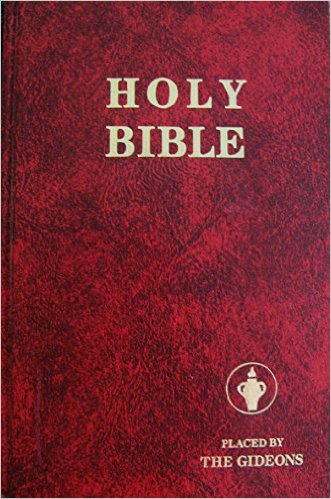